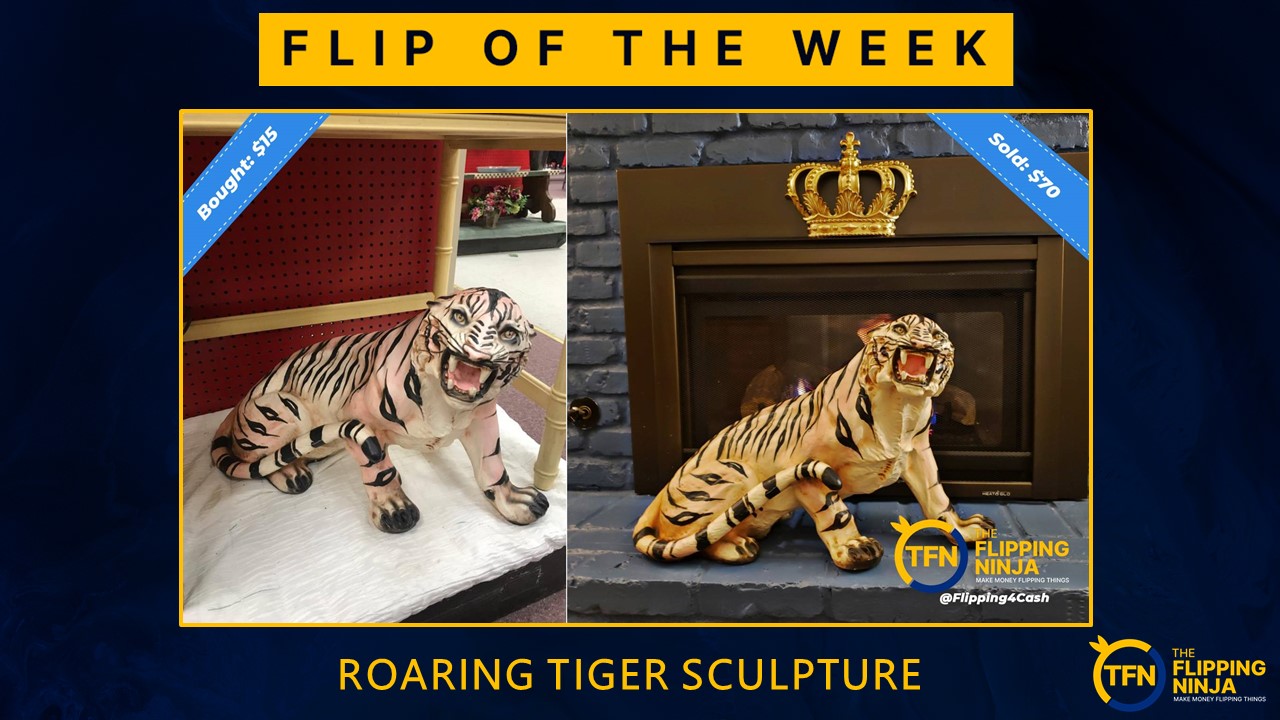 I felt adventurous with this flip.

When it comes to selling art, it almost always feels like a gamble. Of course, flipping in itself seems like a gamble, and you can definitely make a good argument that it is, but selling art more so. The world of sculptures is a small niche. Compared to the whole population, only a minority of people are willing to spend money on sculptures. But that minority still exists, and they like their sculptures.

As you can probably predict, I bought this tiger from a thrift store. It was cheap; just fifteen bucks. And the quality, as far as my untrained non-artistic eyes could tell, was fair. I kinda liked it to be honest. It looked fierce and would make for a great pet statue. And it would make for a nice test. I wanted to know if it could be flipped. Other than that I had absolutely no reason to buy a tiger sculpture (scratch that — I buy random cool shit all the time…🤐)

The ad copy for this was a little crude now that I look back on it. But the photos were good. I placed the tiger in front of my fireplace where the lighting was good and the setting a beautiful blue (a nice contrast to its orange color). My assumption is that the photos did most of the work with selling this item. It was sold after 14 days online for $70 on Craigslist. A surprisingly successful flip.

I’m pretty certain, however, if I had posted this on eBay instead, it would have sold for much more. eBay is almost always a better option for flipping more random, specific, or unique type items. Oh well :) 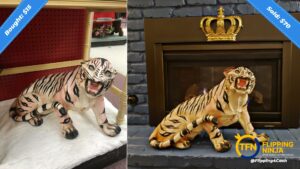 Sold it via Craigslist and made $55 on it. I’m giving it four stars, although had I listed it on eBay instead, I think it would have sold for much more. Still, I’m cool with $55.

Easy transport. It was a fun drive home with this sitting in my passenger seat. :P

About 25 minutes of work for this little tiger. Five stars.

Overall I’d give it 4.7/5 considering these factors: