The Stuffed Monkey in a Wood Box – Mr. Snodgrass and his Toy Chest 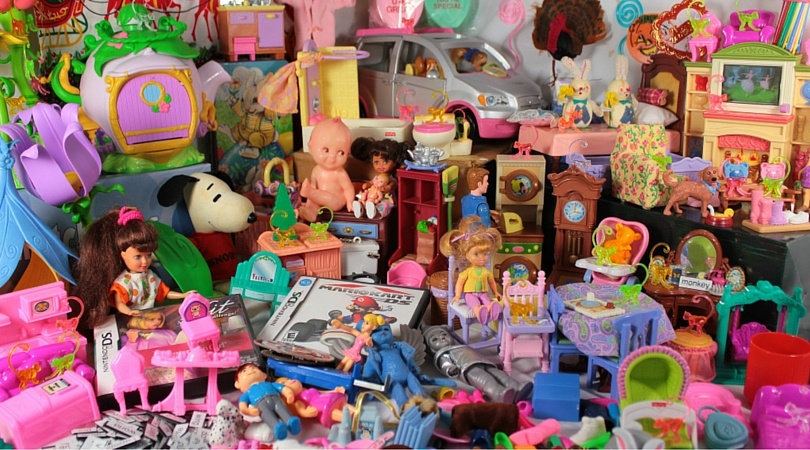 Because if you’re one of those people who are all “Oyyyye they’re just toys, I’m not gonna look at that or that’s not something I’m familiar with”, you’re going to miss out on building your money-making ability/Eye for the Deal©, you know you want to really get familiar with everything.

With toys, with clothing, boots, belt buckles, electronics, furniture – you want to be a MASTER all across the board, a jack of all trades.

“Jack of all trades, master of none” is a figure of speech used in reference to a person who is competent with many skills but is not outstanding in any one. This is often something frowned upon or used as an insult.

Most folks say “master one thing” or “find your niche” (which I partly agree with, but I’ll get into this more later). But I think that’s BS.

You’ve got your pipeline filled with profitable inventory, you’ve got much more flexibility to do more and more potential, and you’re worth more, period.

So go into the toy section, browse everything. You wanna get familiar with all different types of products, even if at first you might feel weird, because what you’re doing is you’re building your familiarity with them and eventually you’ll slowly start to learn what is worth money, what you can flip and what you can’t, you’ll be able to sift through everything and you’ll just see dollar signs everywhere. You’ll be able to see where the money is at. You can flip ANYTHING!

So back to what I was saying, I walked into a Thrift Store one time and walked through the toy section, and you know there are DOZENS of different toys, stuffed animals, action figures, random toys and stuff, accessories, etc.

There’s no specific reason why it stood out. You know what it was? It was a stuffed monkey, inside of a little wooden crate. That’s all it was.

So I went up to it and I grabbed it and I was just looking at it, and the feelings got STRONGER! And I was thinking, “Wow, there’s something about this, I swear I feel like this is something I need to buy and like… look into. I just have this feeling about this. I don’t know what it is, but I’m going to take it home.”

It was $6.99, I go and buy it, and as soon as I get home, I’m trying to research it everywhere and I couldn’t find ANYTHING on it except ONE link/ad on Etsy, which someone had sold it already. It didn’t show how much they sold it for, but I couldn’t find ANYTHING on it. I found the company and the brand, but I didn’t find a single other page on this specific stuffed monkey toy.

So here’s what I did.

I gathered what research I COULD find, and I posted an ad on eBay, and I marketed it as a rare, vintage stuffed monkey in a wooden box/crate. Basically something along those lines.

And I’m pretty sure it was like an older/vintage/antique type thing, but I’m not certain. The point is, if you posted something like that on Craigslist or locally, someone would MAYBE offer you like a dollar for it…maybe.

It’d be really hard to sell. So I posted it on eBay and I put it an auction and I was like okay, let’s just see what happens.

And you know what happened?

For some reason, that little damn monkey attracted two people who had a bidding war on it and it eventually sold via auction for $77 and I had bought it for $6.99.

Now first of all I’m just going to mention so that you start thinking like a true businessperson and know what your time is worth. This was probably about 20 minutes of my time, maybe 30 minutes, driving there, walking in, seeing the monkey, coming back, taking pics, and posting it on eBay. I made over $70 for half an hour of my time, just like that.

So here’s the funny part – after it sold, I’m like,

“Holy shit. What the hell is so special about this monkey?! Who knows, is it worth like thousands of dollars? What if it was worth a million dollars?!”

I didn’t really know but the fact is – and here’s another lesson – I knew I had to move on. The deal had been done, so I shipped the monkey to the person, I collected my cash, and I was happy.

That’s just an example of what eBay is good for. The more random type stuff, or the more rare/random/collectors’ items type stuff, the things that you feel might be hard to sell locally, that is what I usually use eBay for.

Knowing where to sell what, as well where a product sells BEST is vital to maximizing your profits. I delve into much more detail and examples in the The Flipping Ninja© Blueprint and really train you to know what to sell on eBay vs. Craigslist vs. Amazon.