How Craigslist ‘Flipping’ Helps You Earn Up to $800 Daily 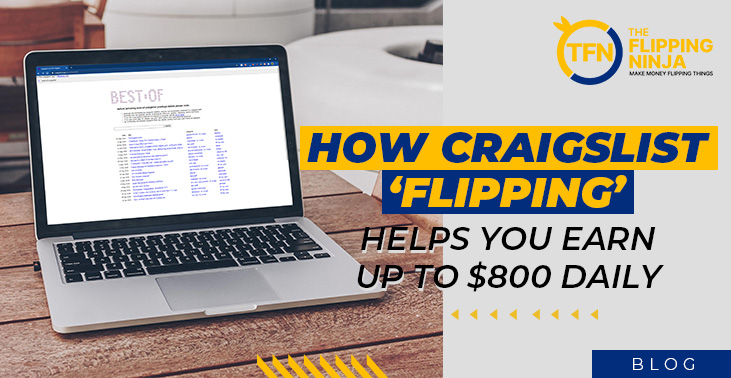 The times have changed.

Gone are the days when you have to work 9-to-5-jobs and sit around staring at your computer in the office the entire day while waiting for your boss to instruct you on some random task.

Now, there are already a lot of ways to earn good money. Well, thank globalization and the “almighty” internet for it.

You can become a freelancer, go on becoming a social media influencer, do dropshipping and start your own eCommerce shop, or perhaps embark on an aggressive Google or Amazon ads campaign. Yes, those are sure-fire ways to get the ball rolling to your road to making more money.

Sounds too good to be true, right? Well, that’s where you got it wrong. Here’s why Craigslist flipping is your key to making big bucks.

What exactly is flipping?

Flipping, in its simplest definition, is the process of buying something at a low and cheap price, refurbishing the product and adding various marketing and branding touches to it, and then selling it at a higher price.

You simply turn and “flip” something around, hence the term flipping. It’s basically something at a profit. The better fixes, refurbishing, and branding you give it, the higher its value becomes.

That’s literally how you make good cash by simply flipping things you bought on Craigslist on your own time and in your own place. It’s a profitable way to earn money if you know how to do it properly.

Why flipping is the best (and easiest) way to earn money?

One of the best things about flipping is that it’s very convenient. You don’t have to work on a tight schedule because you can just pick your time. If you don’t feel like scouring Craigslist for good deals, then don’t!

But if you’re more than willing to invest a small amount of time time, then you’re in for huge cash. It’s very convenient because it doesn’t take a lot of time for you to look for great bargain items on Craigslist especially if you’re already good at it.

You can also do the refurbishing and fixing tasks in your free time. Compare this to other side hustles like freelancing where you really need to put in hours of work to create quality output.

Become your own boss.

You don’t have to answer to any boss and be scared if you’ll get a memo from HR for being late or perhaps wearing an improper uniform. You are your own boss so there’s no need to worry about falling as subordinate to someone.

You have full control over your time and you create your own rules. Maybe you’d like to take on tech gadgets today and then focus on kitchen appliances tomorrow. It’s totally up to you, and it all comes down to what you’re in the mood for.

The flipping process is pretty simple. Basically, you find a great deal bargain on Craigslist, fix it and make it look good, then sell it at a profit. That’s all you need to do.

But don’t take this lightly because you also need to put in lots of effort at it if you really want to earn good cash from this venture. All you need is to let your ingenuity come to play.

You don’t need to cash in thousands of dollars if you’re just starting out. You can start low by buying low-value items. Avoid certain electronics, appliances, and other expensive equipment if you’re finances are low.

That’s what’s great about flipping. Compare that to having an Ads campaign from Google or starting an online eCommerce shop where you need to spend hundreds, if not thousands of dollars on web development, domain hosting, products, and marketing.

You don’t have to worry about any of those when you’re flipping.

The sky is the limit when you’re talking about your earning potential. Work as little or as much as you can and your profits reciprocate your effort. You won’t get this privilege if you’re working on a 9-to-5 job.

Some say it’s because you’re in a stable profession. Well, there might be some truth to that. But that’s not really accurate because you can maintain your high earnings from flipping if you just make it a habit.

You can even earn up to $800 or even $1,000 a day if you know what you’re doing and you’re buying items low, marketing them well, and selling them high.

One of the reasons why flipping hasn’t yet made it to the mainstream workforce is because many people easily get discouraged when they get small profits. This is because many think that you’ll immediately rake in hundreds and thousands of dollars after just a few tries.

It doesn’t work that way, unless of course, if you’re lucky (or you’re trained by a pro). You might even have days where you make a measly $5 or $10 profit on an item. Sounds like spare change, but that’s still considered as a profit.

All you have to do is to improve your skills and get better at finding better and cheaper deals, be more ingenious in revving up the aesthetics, performance, and impact of the item, and targeting the right people when reselling them. Marketing is everything when it comes to flipping.

Flipping isn’t for everyone because you need to really be determined to be successful, particularly in this kind of endeavor. It’s all about unleashing the fiery passion deep within you of earning big time from flipping.

Don’t easily be disappointed because there’s no shortcut to success. Although flipping is way easier and better than the other side hustles you can embark on, this doesn’t mean that you don’t need to be determined about it. In fact, this is one of the most important traits that “flippers” need to have.

Afraid to think ‘outside the box’.

Flipping is all about being creative and ingenious. If you don’t have these traits or you’re not interested in having them, then don’t bother.

Thinking outside the box is necessary for you to find good ways on how you can repurpose something and make an item function better or look more appealing. You need this so you can sell an item at a much higher price.

The more experience you have flipping items on craigslist, the more you will usually make. But don’t worry if you don’t have any because that’s where we all start, right? Experience isn’t naturally and immediately in us. Instead of using lack of experience as an excuse, why not use this fact to motivate yourself and get started? And to get the momentum going? It’s all a matter of perspective.

With all this being said, one can clearly say that flipping is indeed a great way to earn money. Not only is it convenient, but it can also help you earn loads of cash, without being stressed and burdened as compared to other side hustles or working at traditional corporate jobs.

There are already a lot of success stories from flipping, with mine included. In fact, I was able to buy a house, pay off my bills, go on exotic vacations, buy cool stuff over the years, and much more — all with the help of flipping.

You can also check out The Flipping Ninja Course if you’d want to know more about flipping and how to be an effective reseller for you to earn loads of good money. 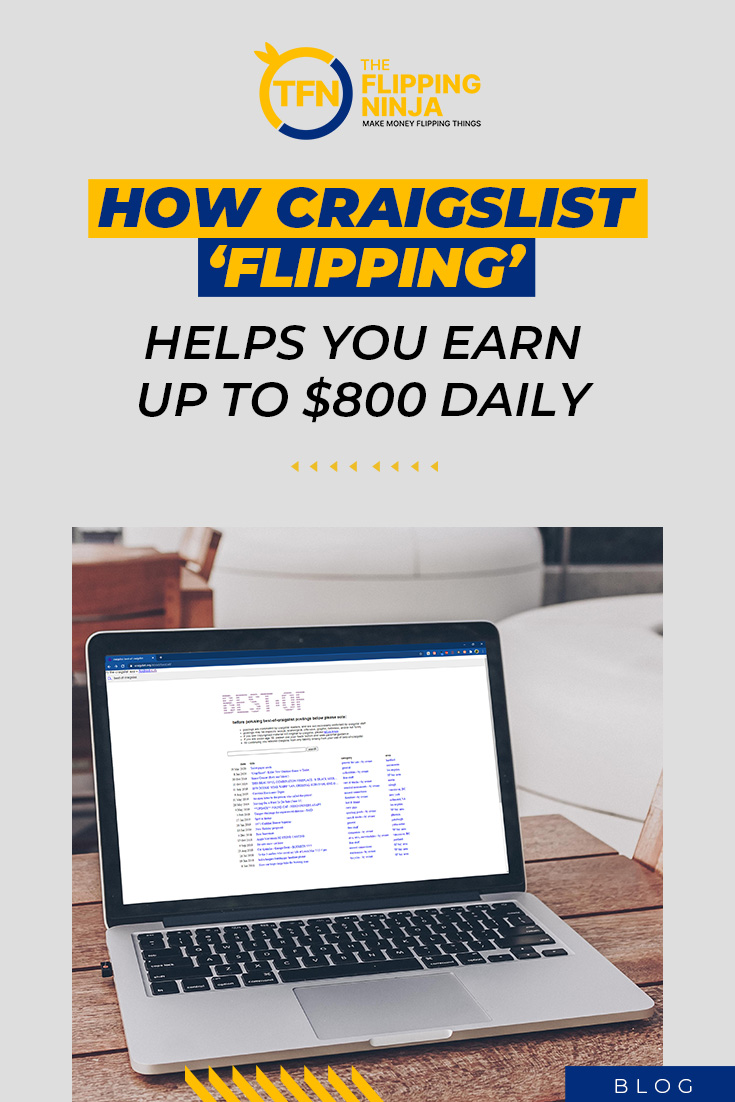